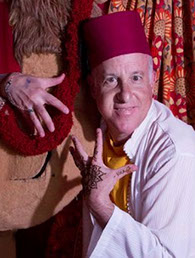 Lippy is a Bay Area-based animation director who achieved early success working on feature films and bringing his hand-drawn animation talents to the burgeoning world of interactive storytelling via CD ROM. Co-creating one of the first weekly animated series for the web, he was a central animation figure in the dot.com boom of the late 1990s. His character design and illustration skills have landed him clients like Google, Disney, the John Lennon Estate, and Apple, where he designed the signature character for their first gaming computer. In recent years Lippy has been pioneering traditional cartooning in the Virtual Reality realm. He is excited to debut his “What Makes Neon Glow” VR cartoon to the participants of Neon Speaks.