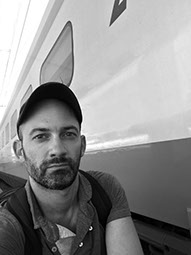 Thomas E. Rinaldi is in a race to capture ephemeral parts of the built landscape that seem to be living on borrowed time. He documents pre-1970 neon storefront signs in New York City, where he works as an architectural designer. He is the photographer/author of New York Neon, and co-author of Hudson Valley Ruins: Forgotten Landmarks of an American Landscape. Tom’s photographs have been published widely in publications such as the New York Times, the Wall Street Journal, the New York Post, and exhibited at the Municipal Art Society of New York and the New York State Museum in Albany.
NYNeon Blog, IG @nyneonbook