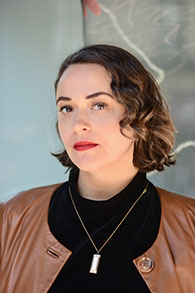 Katie Conry has served as the Tenderloin Museum’s Executive Director since 2016. When TLM opened its doors in July 2015, Conry served as its Program Director with a dynamic vision for neighborhood-centric, diverse programs that bring people together from all walks of life. As Executive Director, Katie has cemented TLM’s identity as a destination for community-based, historically-inspired arts programs. In 2018, she led TLM’s premiere of two major, critically-acclaimed performance projects: The Compton’s Cafeteria Riot play and the Tender aerial dance with Flyaway Productions. The Tenderloin Museum is the fiscal sponsor of San Francisco Neon. Katie has also held positions at the California Academy of Sciences, the Exploratorium, and the Contemporary Jewish Museum. http://tenderloinmuseum.org